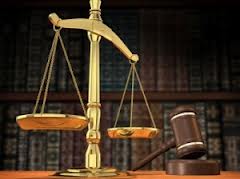 One of my very first cases as an articling student at McCarthy and McCarthy as it then was, involved margarine. Warehouses full of the wrong coloured margarine were locked down as the colour violated regulatory requirements, that margarine be a different colour than butter. No false advertising. I remember the urgency of trying to deal with the search warrant and the return/preservation of the product. I had nightmares, brought on by my trauma of being thrust into articling hell, about rivers of my client’s melting product wading through London, Ontario.

During the course of my articling year, I then became involved with a second case,where on behalf of margarine manufacturers, we brought a constitutional challenge under the Charter, arguing that the regulatory requirements violated our clients’ freedom of expression.

We argued further that the violations could not be saved by recourse to section 1 of the Charter. We worked around the clock to bring our leave to appeal application to the Supreme Court of Canada, after the Ontario Court of Appeal, dismissed our meritorious arguments. As we raced to meet the deadline, it was determined that I would hop on a plane to Ottawa with our carefully cerloxed and photocopied boxes of leave to appeal factums and casebooks. Still very green behind the ears, I arrived at the awe inspiring Supreme Court of Canada to face the Registrar, bearing gifts to be served and filed.

I was stopped dead in my tracks. All of our carefully prepared materials were printed on the wrong side of the page. The Registrar would not accept our pleadings. What to do? Time was of the essence, and we had run out, almost.

Quick thinking, out of terror, that heads (mine) would roll back in Toronto at McCarthy and McCarthy, I called opposing counsel, David Lepofsky, a brilliant Attorney General lawyer. I cajoled his consent (honing my nascent negotiation skills….) with a gentlemen’s bet of 10 pounds of butter or margarine, (I can’t recall which now). 22 years later, I still have to deliver up on the bet. David, where are you?

Justice Lamer, (he had not yet been elevated to Chief Justice), showed a sense of humour and a streak of mercy, and signed off on this neophyte’s Notice of Motion. Yes! Our client’s position for constitutional relief was now going to be considered.

Victorious, I hopped back on a plane,and returned to Toronto to drink heartily with my articling classmates that evening, chortling away about ‘sexy’ constitutional litigation.

This morning’s fresh news about Bob Gee’s Charter challenge to the tobacco regulations being dismissed, brought back these articling memories.