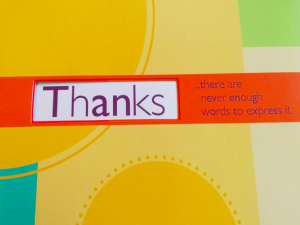 “To make a difference in someone’s life, you don’t have to be brilliant, rich, beautiful or perfect. You just have to care.” Mandy Hale

I woke up this morning and was delighted to find a thank you note in my inbox.

Well, actually it was a copy of a review a former client wrote about me. I have a collection of thank you notes of all shapes, sorts and descriptions, which I have kept over my almost three decades of helping clients problem solve their way out of the proverbial box. 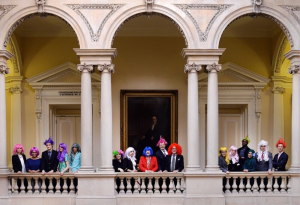 Mother’s Day is Sunday. My youngest bursting with pride presented me with my Mother’s Day gift yesterday. Carefully wrapped with tissue paper and tied off with a teacher’s bow. Inside lay a frame of my son’s art and carefully hand printed rendition of Mommy stuff. My Mom’s name is Karen. My Mom is Nis. My Mom loves Sports.

Apparently, my other two are hard at work on their Mother’s Day gifts and I will receive them Sunday morning. I await with bated breath.

She writes,” I think every mother knows, not necessarily right away but little by little with each passing year, that motherhood has shaped her differently. We get stretch marks of the heart and mind.” According to research cited by Sarah, motherhood changes women’s brains, with an increasing volume of grey matter in the mid-brain section. She cites Katherine Ellison’s, The Mommy Brain, for the proposition that bump-dom brings increased perception, resiliency, motivation and EQ. END_OF_DOCUMENT_TOKEN_TO_BE_REPLACED