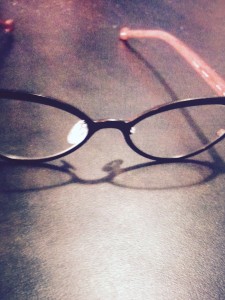 She sat in the windowless courtroom, just one ‘box’ inside a bigger box, containing box after box of windowless courtrooms. There was nothing really to distinguish one from the other. Sometimes the man/woman occupying the top chair wore a red sash. Sometimes the an/woman occupying the top chair wore a green sash. But regardless of what colour sash they wore, regardless if they were male or female, when they occupied the top chair, they were the boss. The one that she must bow to, on entering the court, and on exiting the court. The one that she must address deferentially, “yes, Your Honour” or “yes, Your Worship”.

Such formalism made the boxes work. Everyone had a role to play in the justice system. While she sat patiently waiting for her client’s case to be called, she thought about the years she had spent to get to this point. Four years of undergraduate, three years of law school, articling for a year, and then studying and passing the Bar Admissions Course. All in, about nine years. Years in which she deferred pleasure and things. It was ironic, she thought, that she was here today representing an alleged break and enter artist who had more ‘things’ at the same age as she. He had a gigantic flat screen television and a flashy car. She had a tinny 12 inch black and white television that she never had time to watch. She had a standard Ford Mustang she acquired from a girlfriend, that every day she drove it up the mid-town hill, she worried about the car getting up the hill. Not even time to really learn how to manage the stick shift. Too busy learnin her trade. Too much student debt to pay off to acquire things. Mountains of debt for studying mountains of books.

Queuing up to get her client’s case called was all about the art of the jostle and the nudge, oh and then getting her pen onto the 8 1/2 inch by 11 inch paper with columns for ‘counsel name’, ‘accused name’, and ‘page number and line number’, which of course, meant that she had to first queue up behind whoever got there before her, to wait her turn to leaf through the court list for the day for the ‘box’ which, of course, contained the list of all the accused who were to appear that day in that ‘box’, all summonsed to be there for 10 a.m. Who thought of such a system, summonsing one and all to be there at the same time?

This particular day, this particular 10 a.m. appearance was simply to receive some disclosure from the Crown/prosecutor, and then to remand/adjourn/put over to some other day, when perhaps something meaningful might or might not happen in the case of her alleged break and enter client. The system, Elle thought, was designed to wear down those who wanted their day in court by having them attend innumerable appearances where time and time again, nothing of much substance ever occurred. The system, Elle thought, was designed to wear down the defence lawyers who had to queue up, to jostle, to nudge, to leaf through court lists, to finally get a crack at putting their pen down on that 8 1/2 inch by 11 inch paper with columns to be filled out which the Crown/prosecutor read from with slavish devotion to form. What mountains of books did she have to read, how many years of pleasures did she have to forego, what mountains of things did she not have, just so that she could queue up with other emasculated defence counsel – powerless to change the race to jostle, nudge, and put pen to paper, as the powers that be had decreed this was the way it would be.

Defence counsel huddled together in packs, three here, four there, whispering amongst each other, humouring each other and giving the each to the other a shield to bear up against the brunt of the relentless ‘stealing of their precious time’ that the powers that be had ordained was to be the way the system shall work.

Two years. Elle sometimes huddled in packs with the others. To humour and be humoured. Elle sometimes was simply bemused by the whole formalism and joked with her fellow defence lawyers that the meat department ticker system would be more efficient.

But more often, Elle sat on her own, opened her day timer and penned what she saw, penned what she imagined brought people to these boxes, and penned imaginings of futures not yet told. No cameras were allowed in the courts. Elle feverishly moved her pen over the back pages of her day timer. Jotting this note, that vignette, to serve as an aide memoire for Elle to hopefully bring to life so many stories, so many images. Pen, yes. Drawings, yes (court illustrators were allowed), but no cameras. Freeze frame in ink. Only in ink.